March is a month of transition, a much used word of late. In a gardening context I think emergence is a more suitable label. The garden and plants are emerging from winter into spring.

It was traditionally the month for planting spring crops, mainly spring barley, when the  March winds would help to dry out the soil as it was cultivated in preparation for the drill. Warm April showers would follow to help germinate the seed.

Joining in with Chloris at the Blooming Garden  and the other bloggers posting their top ten flowers of the month, I decided to post pictures of emerging flower buds and leaves,( There is a theme emerging here!)

These pictures were taken during the month – we haven’t recently had snow.

Forever the optimist, here are my ten ‘potential’ flowers to brighten the spring garden. 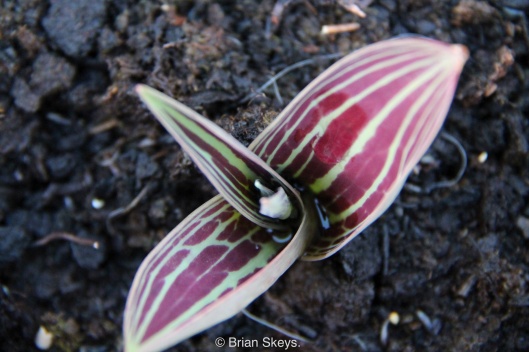 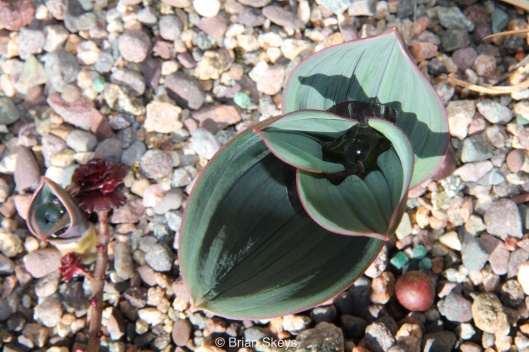 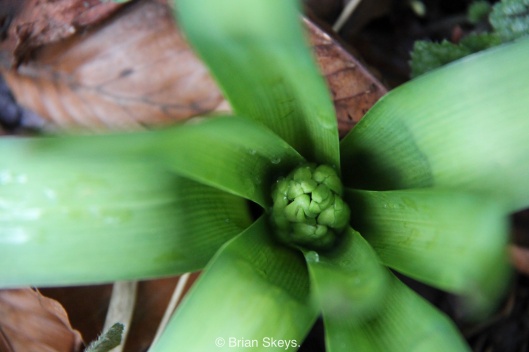 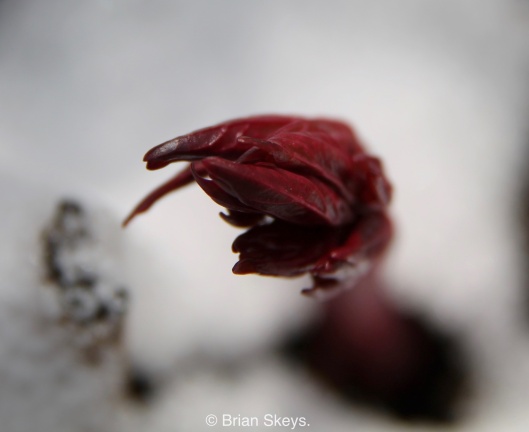 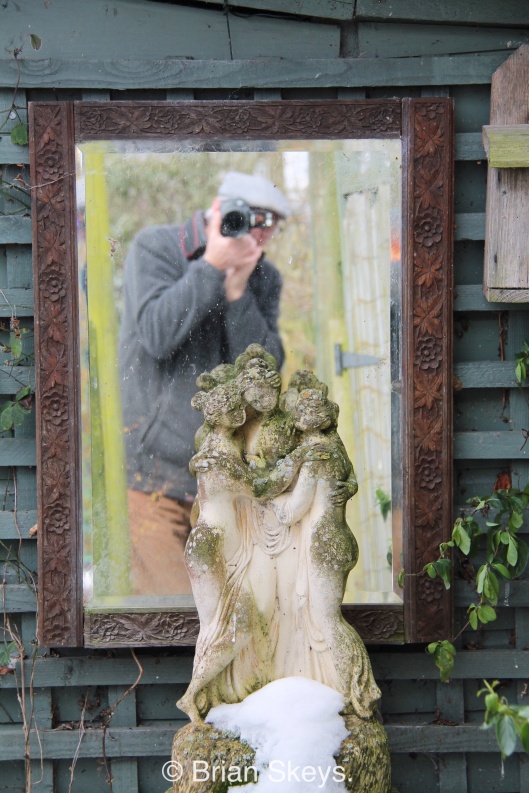 Even the Head Gardener emerges occasionally!

Please visit Chloris and see what she and all the other bloggers have posted as their Top Ten.

What is emerging in your garden?

Today (Friday) was the first day of sunshine here and after too many days of rain, it does bring a song into your heart.

I ventured out into the garden to finish pruning the climbing roses, before I began, I decided to do a tour with the camera. The gardener’s friend, was as usual, keeping an eye on me while providing his own welcome tune.

The Mohonia in full flower, with the sunshine, brought the honey bees out from their hives. 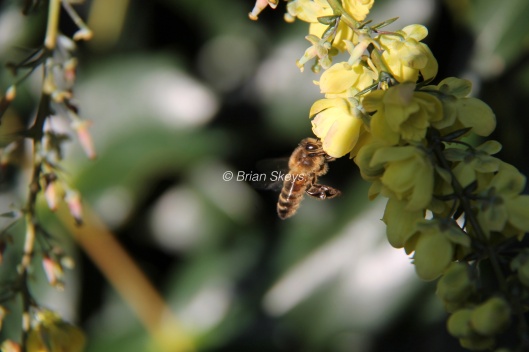 They were also visiting the Clematis which scrambles all over it.

The Flowers and the Trees.

By the front door there are pots planted up for a seasonal display with Carex, Ferns, Cornus stolonifera ‘Flaviramea’,  Erica x darleyensis ‘Phoebe’, Thuja ‘Goldy and the… 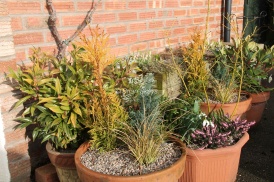 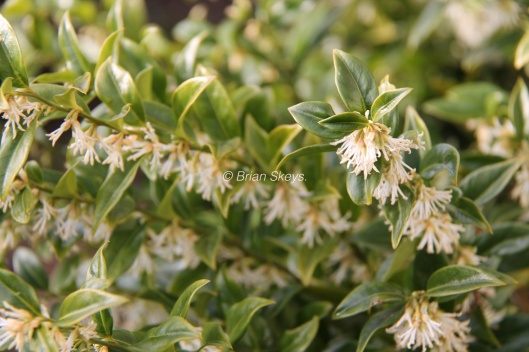 …the powerful scent from the Sacococca ( Christmas Box) fills the house every time the door is opened.

In the Oriental garden the Hamamelis is in full flower, I have mentioned before I would not recommend this variety, because it holds on to its dead leaves. I removed them all before taking this picture.

The sunshine was highlighting the Erica ‘Albert’s Gold’ by the entrance to the White and Green garden and the standard variegated Holly, Ilex ‘Argentea Margenata’ at the back.

Around  the Holly are planters with variegated Myrtle, Tulips just starting to show and Vinca minor ‘Alba’

The snowdrops are beginning to open around the garden, especially where the sun reaches… 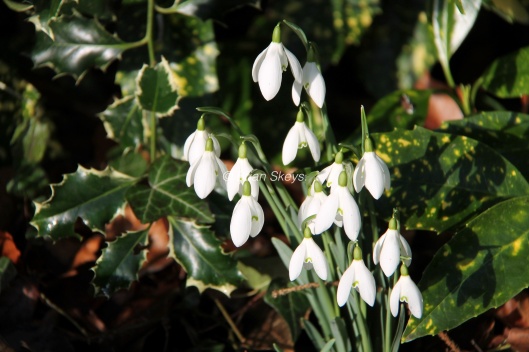 …the common double, which was given to me by a friend, are clumping up well, ready to divide later on… 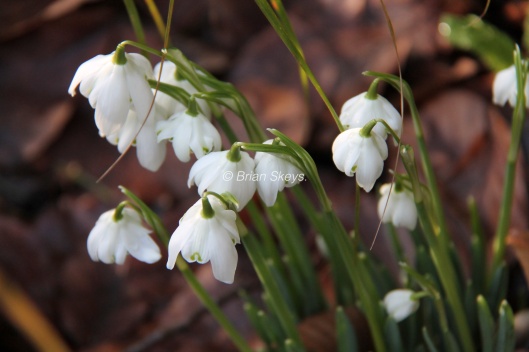 …as is the winter aconite, although more slowly.

The Prunus Serrula always looks wonderful with the sunlight on its bark, its mug decorations ( Mug Tree) have so far survived the winter. 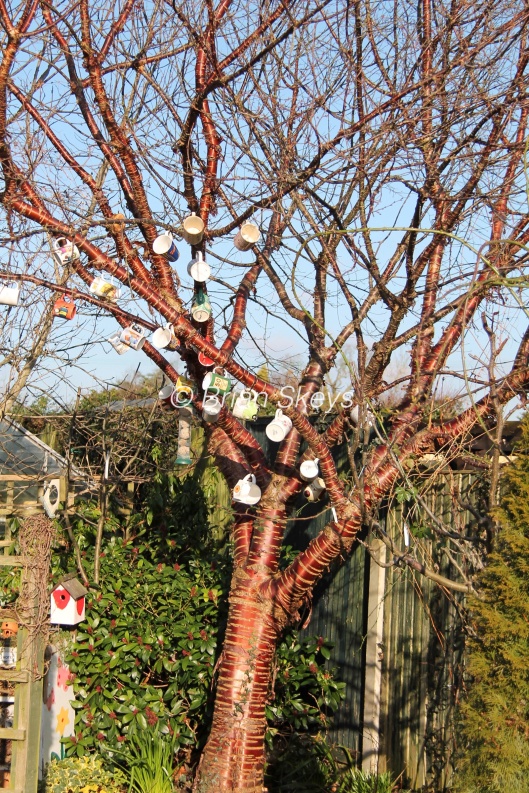 Around its roots is a Skimmia and variegated Ivy. Many gardeners fear ivy in the garden, I like to see it, the variegated forms are not so vigorous, while providing some colour to lighten a dark area of the garden along with being good for wildlife.

It is easy to ignore plants such as Skimmia when everything else is in full flower, however at this time of year they make a welcome contribution to the garden and this one below is a little more unusual than most.

The House Sparrows are gathering in the top of a Viburnum before diving down on to the ground feeders. 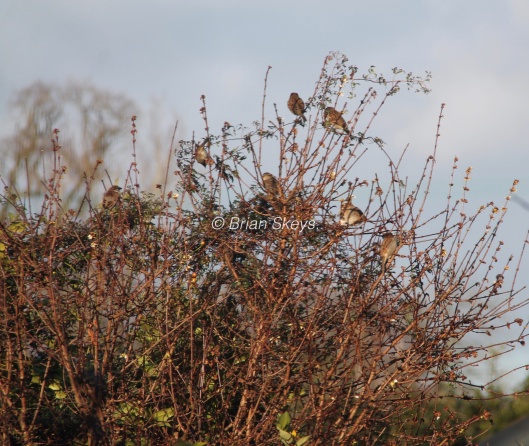 What ‘Birds and Bees, Flowers and Trees’ are making you sing in your garden?

I am, sadly, old enough to remember Max Bygraves singing the cheerful song ‘Tulips from Amsterdam’.

The dahlias are all now lifted and safely stored in the small greenhouse, this one is kept frost free. There are two electric tube heaters in here, with a new heated propagating sand bench, at the rear, containing some seedlings which I am hoping to carry through the winter. These have been joined by the Aeoniums, Cotyledon Orbiculata, Colocasia ‘Black Dragon’ and Pelargoniums.

The dahlias on the bench are labeled and waiting for the ‘head gardener’ to box them up in compost similar to the ones you can see on the shelf below.

The raised beds that edge the patio have been home, during the summer, to the dahlias and annuals, it is my nod to the Exotic Garden at Great Dixter. I wrote about the dahlias I grow here.

Tulip ‘Abu Hassan’, now follows into the raised beds along with a few Erysimum x allionii (Siberian Wallflowers) and Myosotis (For-get-me-nots.) Hopefully these will be putting on a show for the early May Bank holiday open gardens.

The pots contain more tulips to dot around the garden in the spring, they are wintered on the patio to help keep the squirrels away.

The Tulips carried over from last year are Tulip clusiana ‘Peppermintstick’, Tulip ‘Calgary’ ,Tulip ‘Orange Emperor’, Tulip ‘Prinses Irene’, Tulip ‘Red Riding Hood’, Tulip ‘Spring Green’, Tulip ‘Tres Chic’ Tulip ‘Queen of the Night’ and Tulip ‘China Pink’. These were lifted or emptied from their pots after flowering and laid out to dry in the small green house rotating with the dahlias.

Tulipa ‘ Ballade ‘ is left in the main borders.

Some tulip pictures to show what we are hoping for.

Queen of the Night

Have you planted any bulbs for a spring spectacular?

Growing  Dahlias has become popular again within the last 15 years or so, some credit the late Christopher Lloyd at Great Dixter with their revival.

I grew up next door to my maternal grand parents and there was a large garden producing almost all of our food. A vegetable garden and orchard with chickens, pigs and bees kept my grandparents and parents busy, we were ‘encouraged’ to help with the weeding along with having our own little plot.

Besides growing food for the table my grandparents used to show an array of produce in all the local shows. Their pride and joy was the Dahlia cutting bed (how ‘today’ was that!) providing both flowers to sell and for show.

This picture below shows them standing among the Dahlias with one of their prize winning cups.

From the beginning I have grown Dahlia’s here in Our Garden@19, partly due to nostalgia, partly inspiration from visiting Great Dixter and reading Christopher Lloyd’s books.

I use them in a simple rotation, in the raised beds edging the patio and following on in the space, occupied by Tulips, Wallflowers and Forget-me-Nots. I lift and store the Tulips in the greenhouse during the summer when the Dahlias are ready to go into the garden. The bulbs worth keeping, along with any new ones, are planted in November after lifting the Dahlias to store in the green house.

The Dahlias below are the ones in the garden this year. One new one is ‘Mexican Star’, a hybrid between Chocolate Cosmos and a Dahlia. It is darker in colour than the photograph and is reputed to smell of chocolate, I can confirm it does.                                   I wrote about purchasing the tubers at  Chocolates and Flowers

The raised beds are also planted with other tender annuals such as Tagetes patula. I purchased the original seed from Great Dixter, it is their own strain selected for height and will grow to between 3 to 4ft… 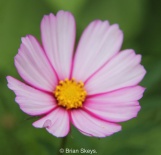 All of the above have been grown from own saved seed, the yellow Cosmos seed originally came from Amelia

I have copied below an updated version of a Dahlia Fact Sheet I produced for the Black Pear Gardening Club website. I hope you find it interesting and perhaps useful.

There is a Tree Dahlia that flowers at Christmas.

Dahlias can be grown from own saved seed, but they don’t come true to type.

Cuttings can be taken in the spring when growth starts. You need to cut a small amount of tuber with each shoot, you can apply rooting hormone, pot up and keep in a propagator or put poly bag over pot. You may need to spray mist in the first few days.
When there are signs of growth, pot on to individual pots when needed.
Remove central stem from cuttings to produce more stems.
If you have a big tuber you can divide it. Wait until you can see new growth and then cut into sections with at least one shoot. Dress any cuts with yellow sulphur dust and then pot up.

Lift after frost has blackened tops, cut off tops, shake most of the soil off and place in frost free environment upside down to dry. Dust tubers with yellow sulphur powder, especially on any damaged tubers, before putting in boxes of compost right way up with the stems just showing.

I store in boxes lined with newspaper in a mix of cheap compost and vermiculite (approx 10:1). A cheap form of insulation is polystyrene tiles placed under and around the boxes.
In very cold weather you can also throw over horticultural fleece but don’t use bubble wrap over the top, as this does not allow any air into the box and the tubers could rot. Bubble wrap is ideal for lining greenhouses to provide extra insulation in winter. Check during the winter and if the compost becomes too dry, give a light watering on a frost free day. Also remove the fleece to allow fresh air to circulate or mould can develop.

Around mid March start to apply some water to encourage growth.

In April I put the tubers into big pots with good compost to give them a good start before
moving them outside on sunny days to harden off before planting out in late May – June. They are well grown by the time they are planted into the garden, which helps to  reduce slug damage.
If you have free draining soil and wish to leave in the ground cut back after the first frost and provide an insulating mulch of compost or bark. You will need to apply slug protection early in the spring.

Earwigs – only a problem if growing for show. My Grandfather use to put inverted flower pots stuffed with folded newspaper on canes by each Dahlia he would then shake the earwigs out into a bucket and feed to the chickens! If you want to use as cut flowers, cut the Dahlia flower, hold upside down and shake vigorously to dislodge insects before taking inside the house.

Slugs – use any method that you find works. I use organic slug/snail pellets and nematodes in the garden. (Nematodes don’t work against snails).

Dahlias are heavy feeders; good garden compost or old farm yard manure can be incorporated into the planting hole along with a high potash fertiliser, Vitax Q4, a Rose fertiliser or for organic gardeners Blood, Fish and Bone. A second application will be needed later in the growing season to keep them flowering. If grown in pots use a slow release fertiliser and some water retaining gel.

Except for dwarf varieties, Dahlias will need staking. The Great Dixter method, for individual plants, is to tie a piece of string to a stake and then loop the string around each of the main stems and tie back to the stake. This prevents that bunched up look you see when string is tied around the whole plant and allows each stem some individual movement.

Dead head during the flowering period and you will have a good display all summer.

Over time Dahlias have come and gone, here in Our Garden@19, the one constant presence is my favourite ‘David Howard’. It is a robust Dahlia, producing large tubers from which to propagate.

I realise orange is not to every ones taste in a flower, I recently read it described as ‘Butterscotch’, however I think along with its dark foliage it has the ‘Wow’ factor.

Not quite up to Grandparents standard, third prize in our village show.              (Apparently the stems are too short).

Do you grow Dahlias and have a favourite one?